You Were Born For This Time – Have Faith In The Fight 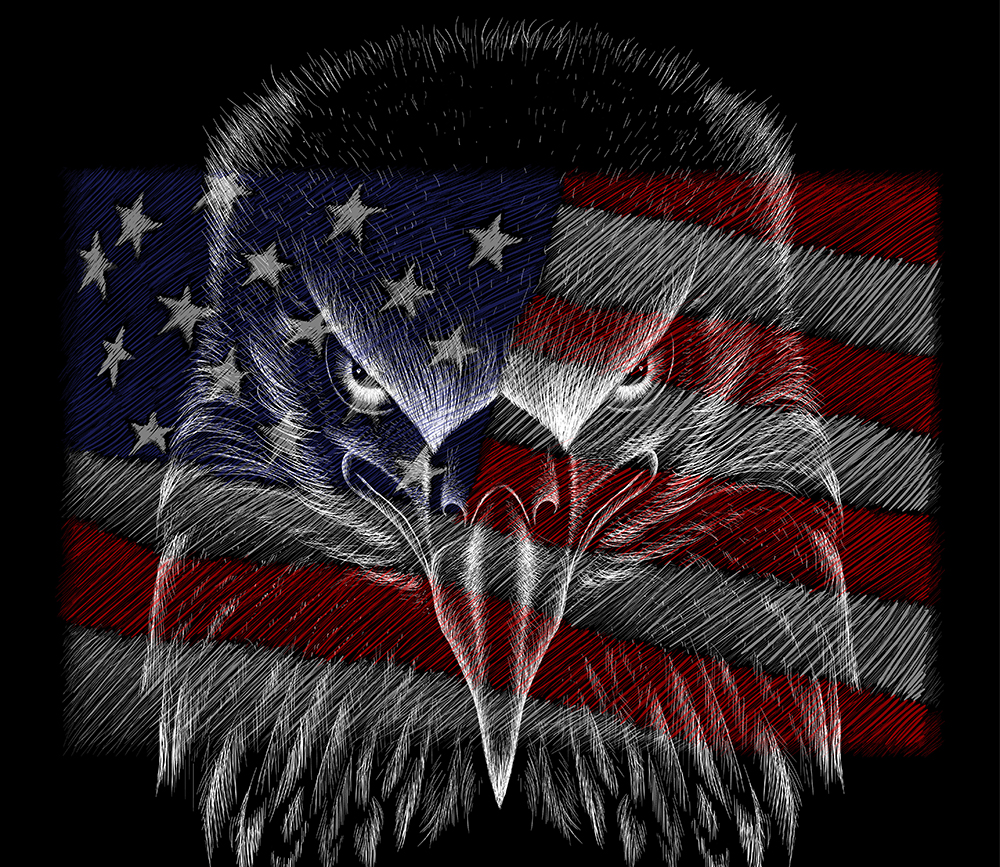 Americans love winners, said one of our country’s most famous military leaders, General George S. Patton. He knew – as well as anyone – winning doesn’t come easy. To win, you have to fight. And, when freedom is at stake, Americans have always proven we are up for the battle. It’s our legacy. We know that freedom isn’t easy to come by or keep. Since the days of the American Revolution and still now, Americans fight for it. To win, Americans must always continue to have faith in the fight – it is this very notion that serves as the topic of this week’s article as we continue our series on the different forms that faith takes in American life.

There’s a school of thought that holds that our most important attribute as Americans is orneriness. In his great book, “The Next American Civil War,” writer Lee Harris argues this disposition is what won us our independence — we are a people who don’t like to be told what to do and are willing to fight to be left alone to go about our own business. So, the Founding Fathers fought. They risked their lives taking on the world’s mightiest empire in the Revolutionary War for independence, the free man’s right to answer to no one else but the Almighty.

Certainly, the Founding Fathers were visionaries, men of great intellect and wisdom, but they were also cantankerous and combative — they were ornery. Our Constitution is a product of internal debates they had amongst each other. Some of them wouldn’t ratify it without a Bill of Rights, while others opposed adding the first 10 amendments. Both sides made good arguments. At the end of the day, our founding documents are the treasured products of the hard-headedness that refined and sharpened ideas to give our country form.

Americans can see we’re in a hard place right now as a nation. We continue to be tested by war and poverty and dislocation and political instability. And even though we live in one of the world’s most successful societies, our present struggle is real.

Over the last several years, a dangerous faction has laid waste to the constitutional order established by our Founding Fathers. The Bill of Rights – First Amendment, Second Amendment and others – and all that it stands for are under vicious attack. Tyranny is at the door. At times it seems as though the ground has shifted seismically underneath our very feet as our history and traditions have been uprooted and our heroes and symbols trampled on. And that’s a signal — you’re being called to the fight for freedom.

May our Creator spare us the horrors of another civil war. But we’re in a struggle, nonetheless, to save America as we have always known it. We continue the fight for the future of our families, our communities, and our country. At America’s Future, we see it as a blessing to be alive during this meaningful period in our history, fighting for what we believe in. We’re Americans, we were born for this. Have faith in the fight.

Thank you to all those who shared their favorite memory of the American Flag in last week’s Reader’s Survey. The memories were heartwarming and confirmed that American patriotism is alive and well in this country. Please participate in this week’s survey by clicking the link below and letting us know your thoughts and insights. Thanks again to all our wonderful readers! 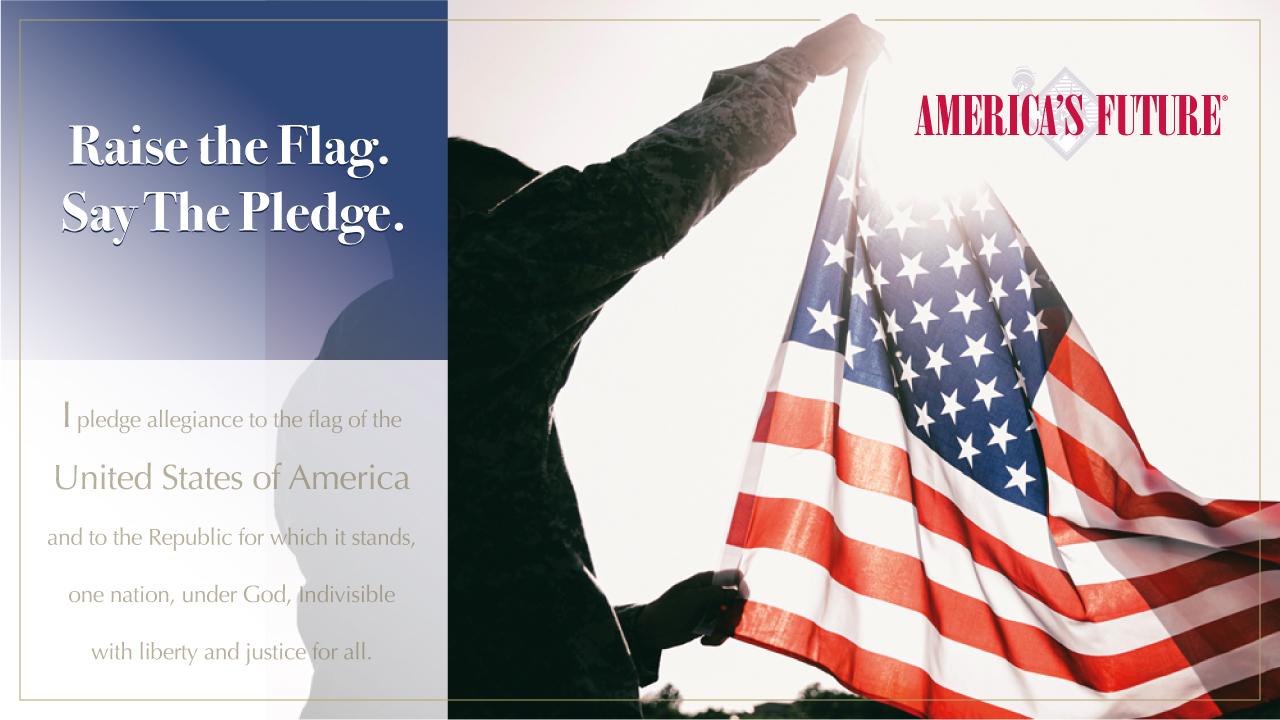 With America’s celebration of Flag Day coming up on Tuesday and Father’s Day around the corner on Sunday, June 19th, today is the perfect time to visit America’s Future Raise The Flag, Say The Pledge page on our website and place your order for an American flag for your home or business or give a free flag to a veteran!

Show your patriotism and say thanks to a veteran by participating in our second annual flag campaign in partnership with Colonial Flag. We’ve teamed up to offer a limited edition, America’s Future flag package that includes a discount-priced flag of your choice, a beautifully designed frame-ready Pledge of Allegiance insert, and a pocket-sized U.S. Constitution signed by General Michael Flynn, America’s Future Board Chair.

As a special feature for this year’s campaign, America’s Future will give a free flag package to a veteran or veteran-owned business or veteran organization in your community when you send in an essay or video, describing “What America Means To You.” There is no cost to you. Say “Thanks” to a local veteran in your community by completing the form and we’ll take care of the rest! Click here for more information.

Watch a heartfelt tribute to the American Flag by General Flynn and listen as he recites the Pledge of Allegiance and makes note of the blessings bestowed on us by this great nation.

Get A Flag or Give A Free Flag To A Veteran 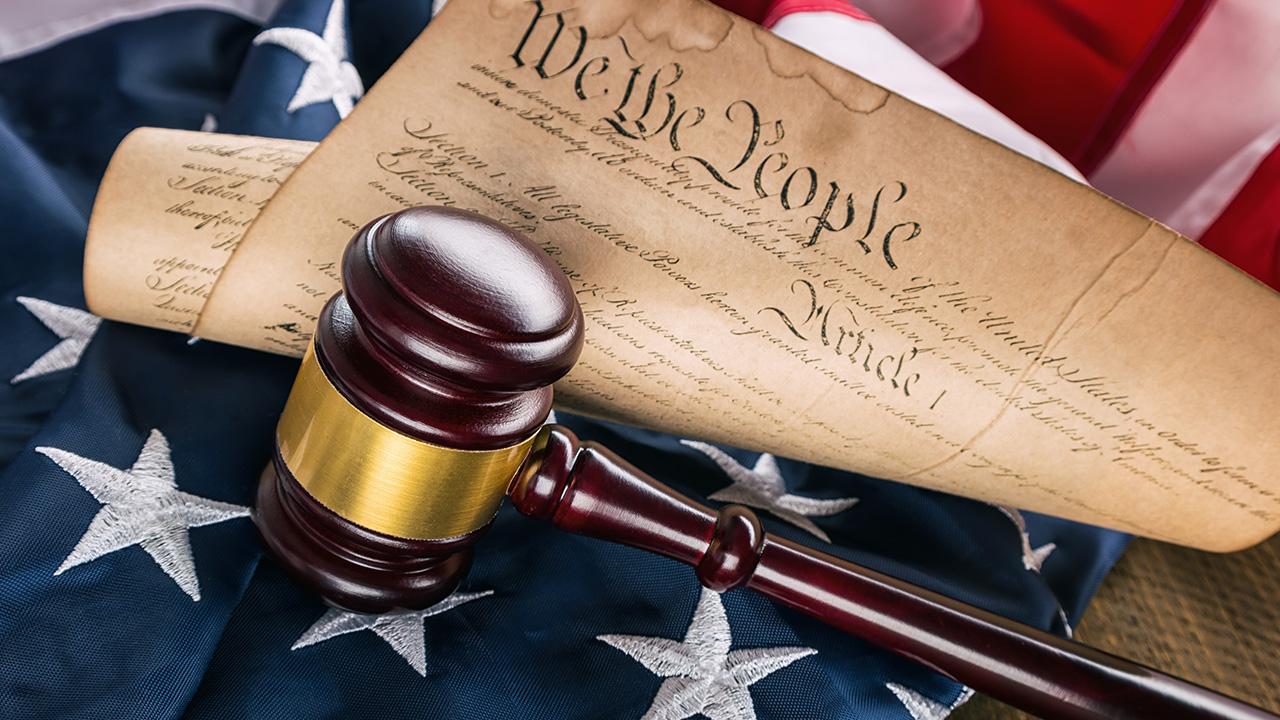 On Thursday, June 2, 2022, America’s Future along with seven other amici organizations, submitted an Amicus Brief to the Supreme Court of the United States (SCOTUS) in support of Appellant in the case 303 Creative LLC v. Elenis (Dkt. No. 21-476). Following a Tenth Circuit Court of Appeals decision, 303 Creative, LLC appealed to the SCOTUS for relief.

Of significant consequence, Ms. Smith is Christian and it is her position that she has every right to advertise and provide products and services to the public in a manner consistent with her sincerely-held religious beliefs. According to her SCOTUS Appellate Brief, “[her]religious beliefs—along with those of other Abrahamic faiths— teach that marriage is only between one man and one woman. For Smith, the marital relationship mirrors Christ’s relationship to the Church and fulfills the complementary nature of God’s first institution. Smith believes that her creative abilities are a gift that must be used in ways that glorify and honor God.”

Consistent with her beliefs, she accepts potential customers as clients based upon “what the message is, not who is requesting it.” To that end, she advertises website creation services for wedding websites limited to traditional marriages between a man and a woman. Because any other type of marital union, including same sex marriages, contravenes her sincerely-held religious beliefs. In her words, creating wedding websites for non-traditional couples, “would compromise my Christian witness and tell a story about marriage that contradicts God’s true story of marriage – the very story He is calling me to promote.”

This case revolves around the “Publication Clause” of Colorado’s Anti-Discrimination Act (“CADA”). As described in Ms. Smith’s SCOTUS filing, CADA’s Publication Clause “makes it unlawful to publish any communication ‘that indicates that…services’ will be declined ‘or that an individual’s patronage or presence…is unwelcome, objectionable, unacceptable, or undesirable because of’ someone’s ‘disability, race, creed, color, sex, sexual orientation, marital status, national origin, or ancestry.’”

Familiar and concerned with the length of time it takes to resolve CADA investigations and CADA lawsuits, including the well-known SCOTUS 2018 case concerning the Colorado wedding cake maker, Ms. Smith filed her lawsuit and moved for injunctive relief to prohibit Colorado from restricting her speech and/or compelling her to speak in a manner inconsistent with her sincerely-held beliefs. Lower courts have ruled against Ms. Smith and therefore this case has been ongoing for over six years.

Earlier this year, the SCOTUS granted Certiorari in this litigation, which means our highest court in the land agreed to hear and decide the case on the merits. Notably, the SCOTUS rejected Ms. Smith’s request to have this case decided on both speech and religious grounds, opting instead, to focus its decision solely on the issue of Freedom of Speech. Although the SCOTUS has declined to consider this case in terms of the Free Exercise Clause, it is impractical to think the resolution of this case can somehow evade the issue of religion. Most of the 60+ Amicus Brief filers recognize that the heart of the case arises out of both speech and religion. Our Amicus Brief not only supports Ms. Smith’s position, but also respectfully urges the SCOTUS to “order re-briefing to address the threshold, jurisdictional limits on government recognized in and protected by the Free Exercise Clause.”

The Supreme Court of the United States (SCOTUS) is the highest court in the United States.  Its rulings impact our lives as they are considered “the law of the land” and binding on all other courts and in all states.  To keep our readers up-to-date and well informed, below you will find a round-up of the latest four SCOTUS decisions announced this month, so far. To access the SCOTUS website for more information, please visit https://www.supremecourt.gov.

ISSUE: Whether Congress’ enactment of a significant fee increase that exempted debtors in two States violates the uniformity requirement of the Bankruptcy Clause.

RULING: Yes. “Congress’ enactment of a significant fee increase that exempted debtors in two States violated the uniformity requirement of the Bankruptcy Clause” – Reversed and remanded to the Fourth Circuit Court of Appeals.

RULING: Yes. “Saxon belongs to a ‘class of workers engaged in foreign or interstate commerce’ to which §1’s exemption applies” – The decision of the Seventh Circuit Court of Appeals is affirmed.

RULING: Yes. “The Medicaid Act permits states to seek reimbursement from settlement payments allocated for future medical care” – The decision of the Eleventh Circuit Court of Appeals is affirmed.

VOTE! Primary elections are happening across the country. Make sure you exercise your right to vote. Encourage your family members and friends to do the same.