The exceptionally broad scope and breadth of Constitutional protections against unconstitutional infringement, by the federal government, respecting parentval liberty interests to determine the care, custody, education and well-being of children are rooted in the First Amendment’s bundle of God-given rights and the Tenth Amendment’s limitations on governmental powers.

Expanding parental protections against unconstitutional infringement by state governments is gleaned from the Due Process Clause of the Fourteenth Amendment, stating in part “No State shall make or enforce any law which shall abridge the privileges or immunities of citizens of the United States; nor shall any State deprive any person of life, liberty, or property, without due process of law; nor deny to any person within its jurisdiction the equal protection of the laws..”

Our Supreme Court jurisprudence within the domain of parental rights has been cultivated over a century, and, as Justice Sandra Day O’Connor announced regarding these sacred rights, “is perhaps the oldest of the fundamental liberty interests recognized by this Court.”

In 1923, the Supreme Court issued a decision respecting parental rights, holding, “the interest of parents in the care, custody, and control of their children…liberty protected by the Due Process Clause includes the right of parents to establish a home and bring up children and to control the education of their own.”

Two years later, in 1925, the Supreme Court reaffirmed and expanded protections, holding “liberty of parents and guardians to include the right to direct the upbringing and education of children under their control.” The ruling explained that “parents have a fundamental constitutional right to rear their children, including the right to determine who shall educate and socialize them.” The Court, in this case, declared, “[t]he child is not the mere creature of the State; those who nurture him and direct his destiny have the right, coupled with the high duty, to recognize and prepare him for additional obligations.”

Then, in 1944, our Supreme Court explained, “It is cardinal with us that the custody, care and nurture of the child reside first in the parents, whose primary function and freedom include preparation for obligations the state can neither supply nor hinder.”

Seventy-five years later in 2000, Supreme Court Justice Sandra Day O’Connor, writing for the majority, addressed the wide-range of constitutional protections prohibiting infringement by government, in connection with the exceptionally sweeping metes and bounds of liberty interests of a parent or guardian to nurture, guide, raise, and care for children they rear. The Court’s decision offers a historical examination of 100 years of Supreme Court cases arising out of protections against arbitrary interference by government when the Supreme Court has determined in case after case, year after year, that states hold a position submissive to “mom and dad,” and absent extraordinary circumstances, must yield. In connection with safeguarding a child’s relationships and associations with others, Justice O’Connor reasoned,

“The strength of a parent’s interest in controlling a child’s associates is as obvious as the influence of personal associations on the development of the child’s social and moral character. Whether for good or for ill, adults not only influence but may indoctrinate children, and a choice about a child’s social companions is not essentially different from the designation of the adults who will influence the child in school. Even a State’s considered judgment about the preferable political and religious character of schoolteachers is not entitled to prevail over a parent’s choice of private school.”

A century of case law by the highest court in the land offers clarity that parents and the welfare of their children are firmly bound together with protections under the Rule of Law on all sides. 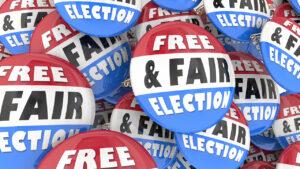 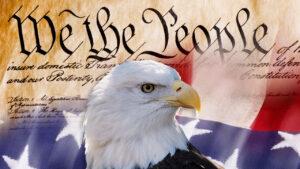 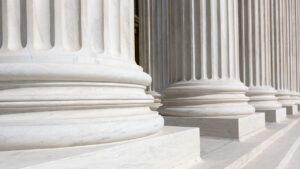