In less than four months, millions of Americans will honor our Constitutional Republic by exercising their right to vote, thus fulfilling their utmost patriotic and fundamental duty to country. As explained by U.S. Supreme Court Justice, Hon. Hugo Black in 1964, “No right is more precious in a free country than that of having a voice in the election of those who make the laws under which, as good citizens, we must live. Other rights, even the most basic, are illusory if the right to vote is undermined.”

Mounting concerns regarding election integrity have been brought to the forefront. Questions about the integrity of the 2020 U.S. Presidential election have caused unrest to sweep across the country pitting American against American. So intense is the anger on both sides of debate, friends have been lost forever and family members have stopped talking to each other. Although a 2019 Gallup World Poll found that citizen confidence in the honesty of U.S. elections “had one of the worst ratings across the world’s wealthiest democracies,” since the 2020 election, there has been an escalation of voter skepticism. A May 2022 Rasmussen Report found that more than half of likely U.S. voters “believe cheating likely affected the outcome of the 2020 presidential election…”

The Constitution confers upon states the authority to enact laws governing federal and local elections and establish procedures that preserve voter and election integrity. As states establish and carry out new laws respecting elections, Courts around the nation will inevitably be asked to perform judicial reviews as to whether the laws pass constitutional muster or must be struck down.

When it comes to cases related to election law, our Courts – particularly in jurisdictions where judges are elected by the voters – must stay above the fray and courageously resist political pressure or all is lost. Courts must resolve cases by applying fact to law without ulterior motive and free from political agenda. It is paramount to our nation and freedoms to ensure votes cast by qualified voters are cast effectively and meaningfully counted so that the ultimate election results are absolutely free from the taint of corruption.

Earlier this month, on July 8, the Wisconsin Supreme Court stepped up to the plate in Teigen v. Wisconsin Election Commission to determine whether Wisconsin will permit or prohibit the use of unmanned ballot drop boxes within in its jurisdiction going forward.

Writing for the majority in the 4-3 ruling banning the use of ballot drop boxes as a means to vote, Judge Rebecca Grassl Bradley explained, “drop boxes trigger the very concerns the legislature expressly seeks to avoid. Voting by absentee ballot is a privilege exercised wholly outside the traditional safeguards of the polling place…voting by absentee ballot must be carefully regulated to prevent the potential for fraud or abuse…a drop box contains only ballots, and lots of them in one place at the same time, making it a prime target for would-be tamperers. Voting fraud is a serious problem in U.S. elections . . . and it is facilitated by absentee voting. In this respect absentee voting is to voting in person as a take-home exam is to a proctored one.”

To protect and preserve our Constitutional Republic system of government and our rights as citizens of a free nation, Americans should demand election integrity in their communities, states and across the country, and vote. 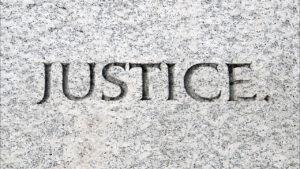 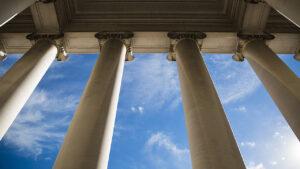 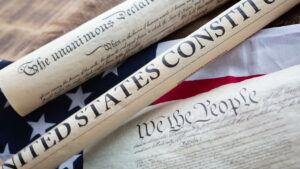 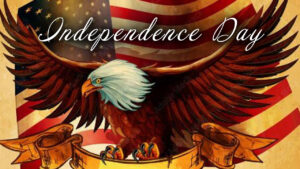