Florida – September 9, 2022 – America’s Future, Inc., a national leader in the fight to preserve individual rights, promote American values and traditions, and protect the nation’s Constitutional Republic, announced that it filed an Amicus brief on September 6, 2022 in the Supreme Court of the United States (SCOTUS) in Timothy Moore, in his official capacity as Speaker of the North Carolina House of Representatives v Rebecca Harper, et al., Dkt No. 21-1271. Our brief supports petitioner Moore as leader of the North Carolina General Assembly, insomuch as the Elections Clause of the United States Constitution plainly confers powers to state legislatures to prescribe regulations governing a state’s participation in national elections.

In this case, North Carolina’s General Assembly revised the congressional districts within its borders only to have the state’s highest court reject the General Assembly’s redistricted map and, instead, put in place a redistricted map of its own choosing. The paradox here is that North Carolina’s judges are elected political figures yet they operate as though they are apolitical, being held out to the public as impartial and neutral decision-makers.

“Election integrity is the paramount issue of today. If our elections are not free, fair and transparent, then we have lost our Republic.” said Mary O’Neill, America’s Future Executive Director. “We pray that the SCOTUS rules in favor of the petitioner, reinforcing that our nation is a representative Constitutional Republic and that a state’s legislative body is the appropriate rule-maker in election matters and not a panel of judges.”

In addition to this filing, America’s Future has filed several other Amicus briefs on Constitutional issues that are available on our Law & Policy page. 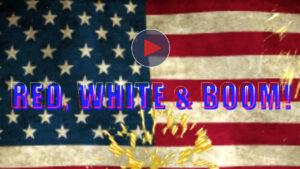