The Fifth Amendment – The Right Against Abuses of Person and Property 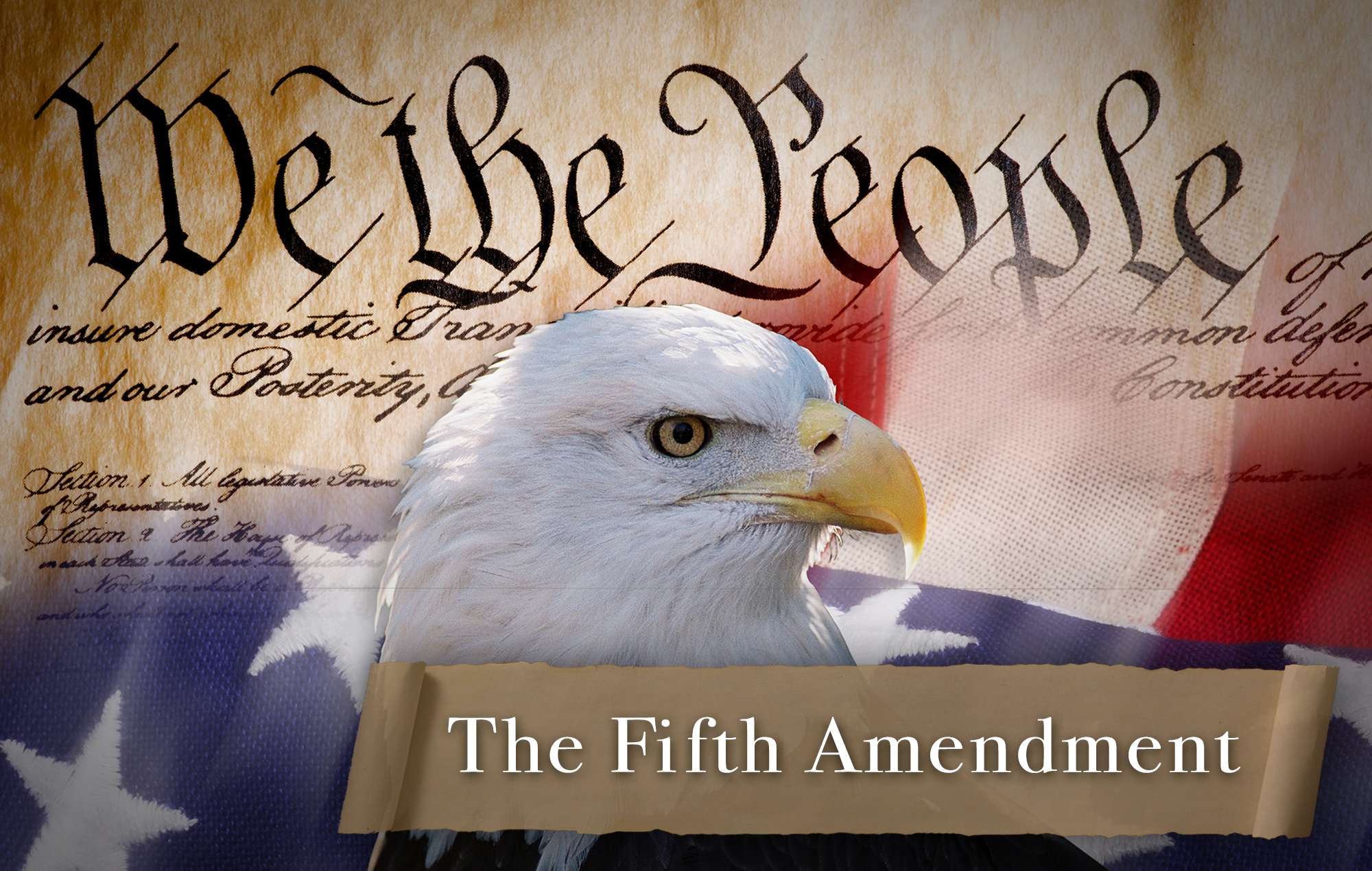 The supreme law of our country is the U.S. Constitution. Our servicemen swear an oath to protect it and as citizens we all commit to live by it, knowing that to violate the Constitution is not only unlawful, but breaks faith with our past, present, and our future. At America’s Future, we are committed to educating our fellow citizens about how the Constitution shapes our daily lives, and continue with our weekly series on the Bill of Rights, ratified in 1791.

We’ve discussed the first four amendments, bringing us to the Fifth Amendment, which bundles several significant rights and protections, among them: the right against self-incrimination, the protection against being tried twice for the same offense, the right to just compensation if the government seizes your property, and the rights of due process under the law. These rights and protections are captured in the historic text here:

No person shall be held to answer for a capital, or otherwise infamous crime, unless on a presentment or indictment of a Grand Jury, except in cases arising in the land or naval forces, or in the Militia, when in actual service in time of War or public danger; nor shall any person be subject for the same offence to be twice put in jeopardy of life or limb; nor shall be compelled in any criminal case to be a witness against himself, nor be deprived of life, liberty, or property, without due process of law; nor shall private property be taken for public use, without just compensation.

“Pleading the Fifth” is a phrase you’ve almost certainly heard used on TV police shows and during broadcasts of famous criminal trials. It refers to that clause in the middle of the text, fashioned to protect citizens from being forced to incriminate themselves.

What you may not know is that this right stems from a long history of confessions elicited by torture. Indeed, torture was an accepted practice in 16th and 17th century England. But even in current-day America, methods not as brutal as direct physical injury, but in the same way cruel, inhumane and coercive, have been used to obtain confessions.

For instance, subjecting an accused to severe psychological duress or coercion – like threatening family members with prosecution or placing an accused in pre-trial solitary confinement – could result in authorities obtaining false confessions. Of note, is the 1966 landmark and most renowned Fifth Amendment case regarding our right against self-incrimination, Miranda v Arizona 348 U.S. 436.Then Chief Justice Earl Warren, writing for the majority, proclaimed: “. . . the prosecution may not use statements, whether exculpatory or inculpatory, stemming from custodial interrogation of the defendant unless it demonstrates the use of procedural safeguards effective to secure the privilege against self-incrimination.”

The Fifth Amendment has been one of the chief protections against vicious abuses of power against our persons, loved ones, and property. America’s Future is a strong supporter of our great and brave law enforcement heroes. But as our Founding Fathers recognized, unbridled power often leads to corruption, and we must remain ever vigilant against abuse of authority.

Hundreds of readers have graciously responded to our Reader’s Survey throughout this series on the Bill of Rights. Please continue to do so with our short questionnaire on the Fifth Amendment that you can access by clicking here or the button below. You are important to America’s Future and your survey comments are smart and insightful, helping us plan our “passing the torch of freedom” initiative.

Remembering The Life Of An Extraordinary American Hero

America’s Future was deeply saddened when learning of the death of our Emeritus Chair, Major General John (Jack) K. Singlaub, USA (Ret.) on January 29, 2022 at 100 years old. He was a legendary warrior-hero who had fought in World War II, Korea, and Vietnam, a trusted leader, and a man of character and deep convictions. General Signlaub dedicated his life in service to protecting and preserving freedom and the individual rights of all citizens of the United States of America.

“Jack was a great friend, a tremendous servant to our nation and a true American hero. His humility and kindness are what I’ll remember most. An extraordinary man during extraordinary times,” said Lt. General Michael T. Flynn, USA (Ret.) and Chair of America’s Future. “Our nation and each of us who knew him are better for his amazing life of service.” 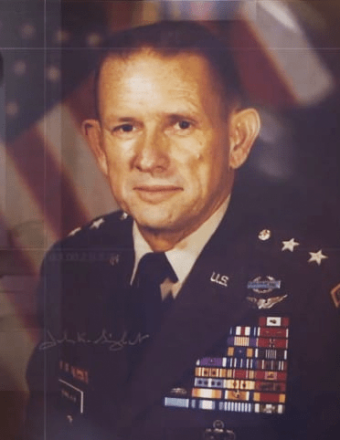 Champions For America – Defenders of Our Nation 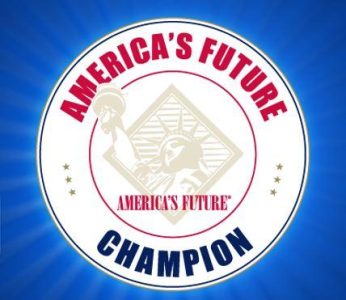 Become a Champion For America today and receive THE CHAMPION newsletter this month with exclusive content by our Board Chair, Lt. General Michael T. Flynn, USA (Ret.), members-only access to a webcast with General Flynn, and other exclusive benefits for members only, including Champion t-shirts. Watch and listen to our Executive Director Mary O’Neill tell the story of why citizen participation gave meaning to our Founding Fathers’ vision for this great nation. 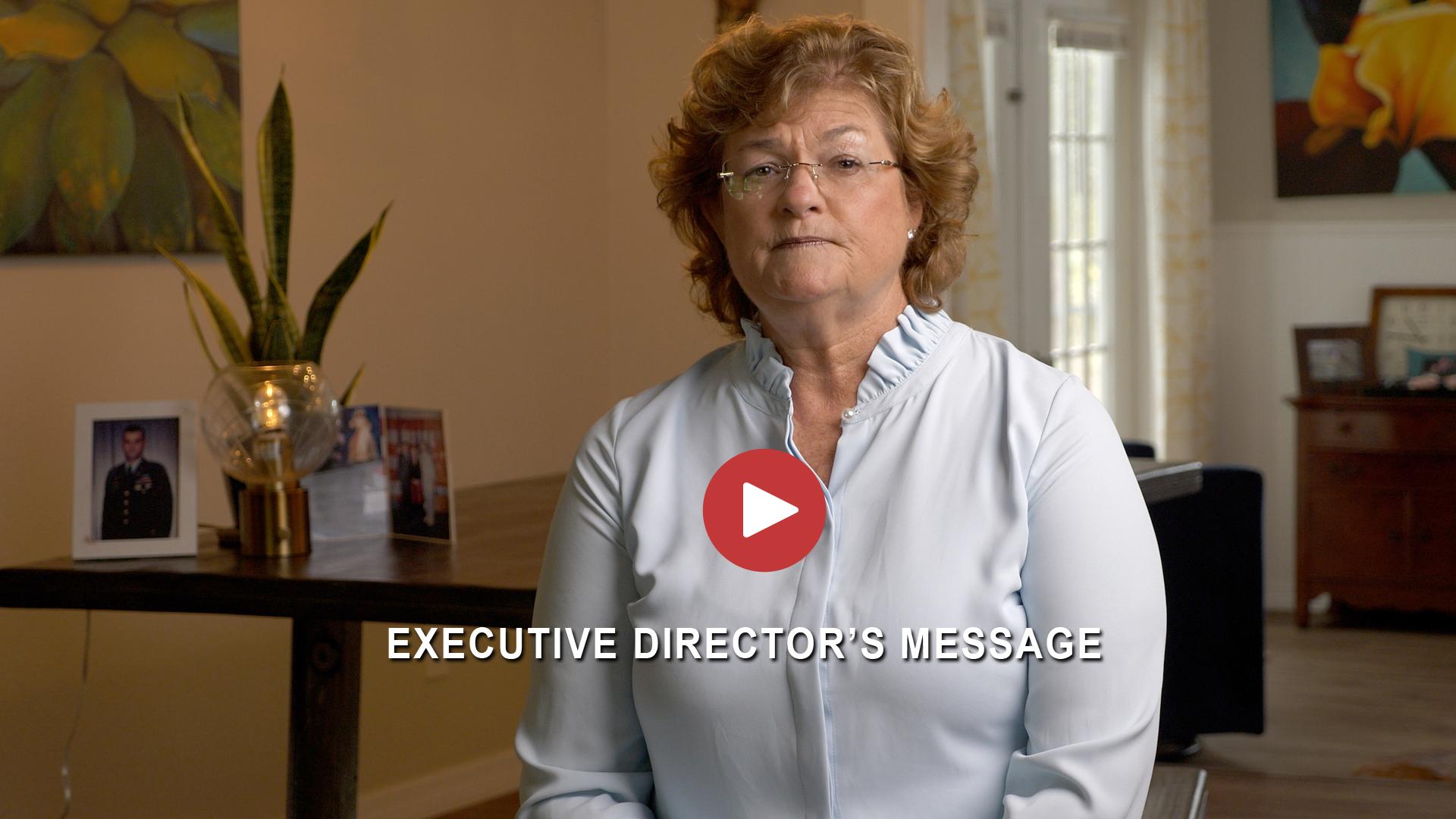 Look What’s Back In The AF Shop!

One of America’s most inspiring slogans is back in America’s Future online store and ready to be shipped to your door! That’s right, your favorite phrase, “FightLikeAFlynn” with America’s Future logo on a t-shirt or sweatshirt for men and women, is now available by clicking here.

Visit the store and select your “FightLikeAFlynn” style or choose from our expanding catalog of tote bags, trucker hats, cameo and baseball tees or a unisex hoodie. For a limited time, you’ll receive a special bonus gift with each order. Thank you for “wearing” your support for America’s Future. Never quit the fight for freedom!