Stand Firm Against The Media Faction 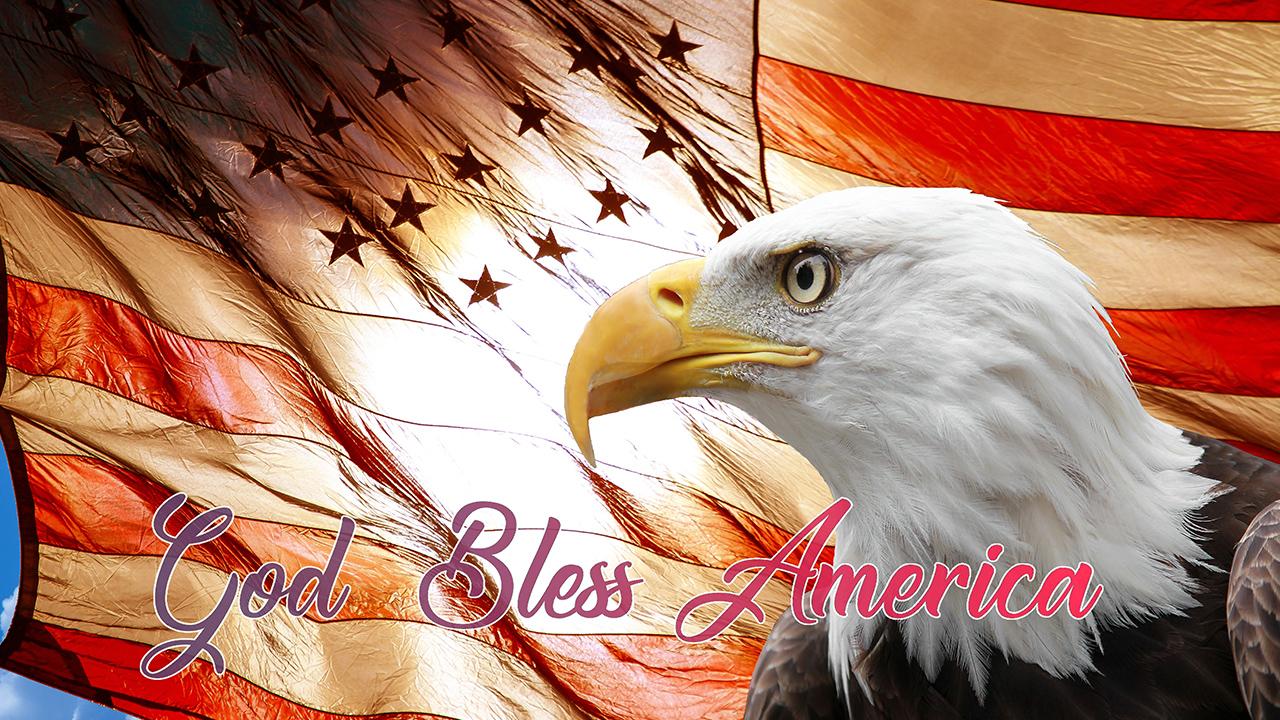 In the last several entries in our ongoing series on the media, we’ve described some of the problems troubling our public sphere. In particular, the media’s unholy alliance with big tech and big government has led to a proliferation of outright lies to serve political ends.

Last week, we saw evidence in real time that these issues threaten the survival of the republic.

Before dawn on Monday, August 8, federal law enforcement agents raided the home of the former president of the United States. Rather than question the wisdom, never mind legality, of this action, the media celebrated it. The US press not only encouraged this un-American and deeply dangerous assault on the leader of the opposition party, it also further aggravated the country’s political, as well as cultural and economic divides.

The Founding Fathers warned against factionalism. Recognizing that it is the nature of man to oppose other men and to seek to exert power over their rivals, they established a government designed with layers of checks and balances. Even if the system would not always produce affection and respect among rivals, at least it would prevent one party from dominating the other. What we are seeing now is what happens when the press tips the scales.

As we explained previously, the job of the media is modest but important — to inform the freeborn citizens of our Constitutional Republic. What we have instead is a media conspiring with one faction to undo the other, thereby leading the country into conflict.

The action this week appears intended to incite the opposition party to take reckless actions. Don’t take the bait. We at America’s Future urge all to maintain the calm and steady demeanor that has marked our nation’s champions from the time this land was first settled.

Make no mistake, more difficult times lay ahead. We will be tested, and those trials we endure will forge our steely will. If you’ve envied the hard affairs of our ancestors, the travails they endured to build our great country, now is the time for us to seize the chance to show that we, too, are worthy. Like them, we are fighting for liberty. We are fighting for our country.

We are living in historic times. And we are blessed to be living at such a moment. Our ancestors are watching us from beyond and our children and children’s children will speak of our resilience and determination for generations to come. Let us thank our Creator we were made Americans. May God always bless America.

Across this country, Americans are in the trenches fighting for our rights and to ensure equal justice for all. Our ongoing featured series about the press has brought about thoughtful responses to our Reader’s Surveys. Please continue to participate and share your insights on the conduct of the media in this week’s Reader’s Survey. Every Monday at 9 a.m. (ET) Mary O’Neill, America’s Future Executive Director, shares responses from survey-takers on America’s Mondays With Mary. 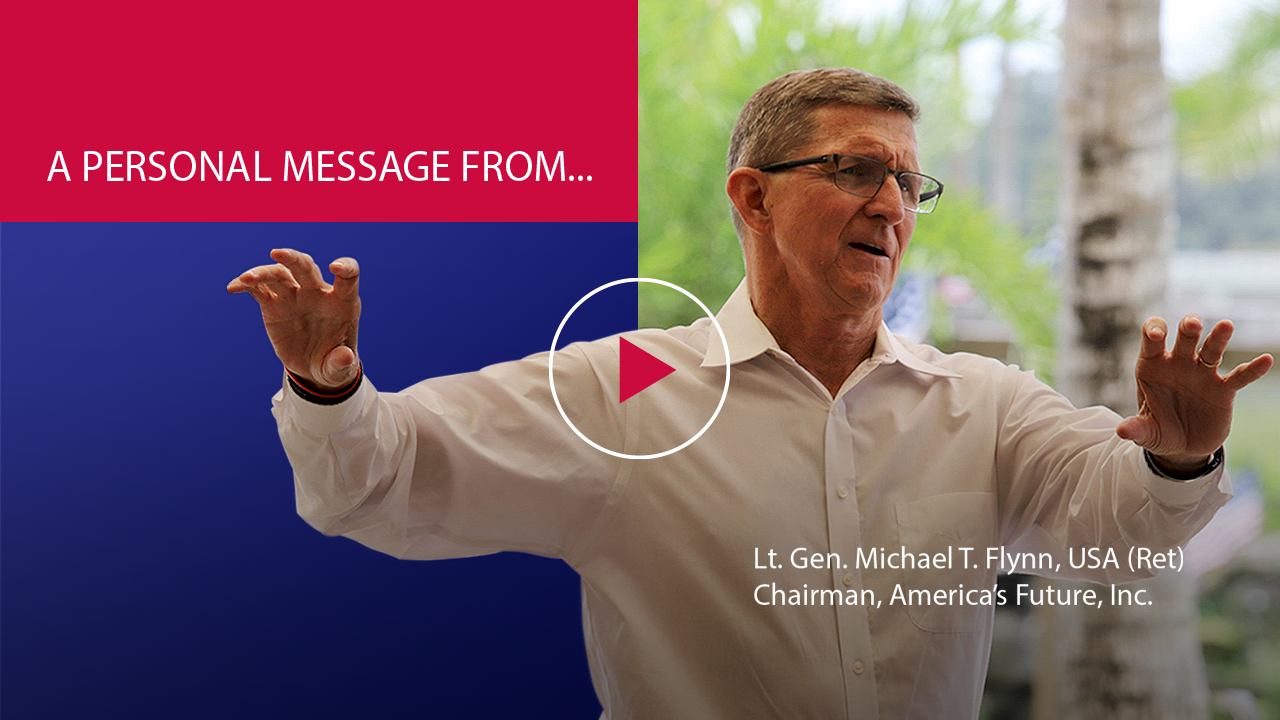 In a message to our nation, General Michael Flynn implores all Americans to search their hearts and minds and answer his call to action, “What am I going to do to help my country, to help my family, to help my community?”

General Flynn serves as America’s Future Chair of the Board of Directors. Please take a few moments to watch his video and read his inspirational message to America. Heed his words and find your way to be courageous and involved to pass the torch of freedom to our children and grandchildren.

From a historical perspective, “taxation without representation,” or in other words, taxation without due and fair process sparked the American Revolutionary War and fueled our Founding Fathers in their quest for a more perfect union. Art. I, §8.1 of our Constitution confers to Congress the power to “lay and collect Taxes, Duties, Imposts and Excises, to pay the Debts and provide for the common Defense and general Welfare of the United States; but all Duties, Imposts and Excises shall be uniform throughout the United States.” Our Founding Fathers, always mindful of the dangers of tyranny lurking in the shadows of government, provided for significant restrictions on the power of the government’s purse strings – the last few words of that clause demand government carry out taxation fairly, even-handedly and with due care.

Remarkable in their forecasting the future as visionaries, it is unlikely our forefathers fathomed the IRS, a tax-collecting outfit, employing more bureaucrats than the Pentagon, FBI, State Department and Border Patrol combined, but here we are.

Less than three months from now, Americans will have an opportunity to make a difference in this county. Although the media pundits, the politicians, and the corruption that has infected our three branches of government is abhorrent, we must continue to fight for the survival of America – our country. And though there is an information and spiritual war going on right now that has shaken America to its core, our system of government was designed to endure through trials and tribulations – and we must always stand up and be counted when our patriotic duties call. Our country is exceptional and, right now, she needs us to stay the course, keep our senses and remain committed to the rule of law and to the principles set forth in our founding documents. Key among the principles of our founding documents is the individual civic responsibility of every citizen to vote on election day!

On November 8, American citizens will be called to action to vote in a national election of utmost importance. We have an obligation to our God, our country, our families, ourselves and the world to stand up and be heard at the polls. Millions of people from all over the globe will never have their voice be heard at voting polls. We must not take our God-given right to vote for granted. We, at America’s Future encourage everyone to participate in our beloved democracy by voting for candidates most suitable to protect our freedoms. We also hope everyone will commit to reminding at least 10 friends and family members each week to vote in the November election.

The continuing tidal wave of unknown illegal aliens unlawfully flooding into the country at our southern border impacts every state in the nation. U.S. Customs and Border Protection (CBP) announced that during FY2021 nearly two million aliens entered our nation by way of the US-Mexican border. Drug cartels are running rampant, bringing vast amounts of cocaine, methamphetamine, fentanyl and other deadly drugs into our nation’s neighborhoods and states.

America’s national security is at stake. Every family is in harm’s way.

The gravity of this unprecedented crisis and invasion requires an all-hands-on-deck response and tenable solutions. America’s Future Board Chair, General Michael Flynn and our Board Member Lara Logan are scheduled to speak at an upcoming event, “Border 911,” on August 27, 2022 in Houston, Texas. The day-long event is sponsored by The America Project, a 501c(4) nonprofit. America’s Future encourages the public to get involved and register to attend the event to stay informed. For further information and to register, please click here.

APPLY: The application review cycle for America’s Future 2023 Scholarship Award For Excellence begins August 1. Eligible high school seniors are encouraged to apply for one of five scholarship awards of $1,000 each. Find out more and apply online at Scholarship Program.