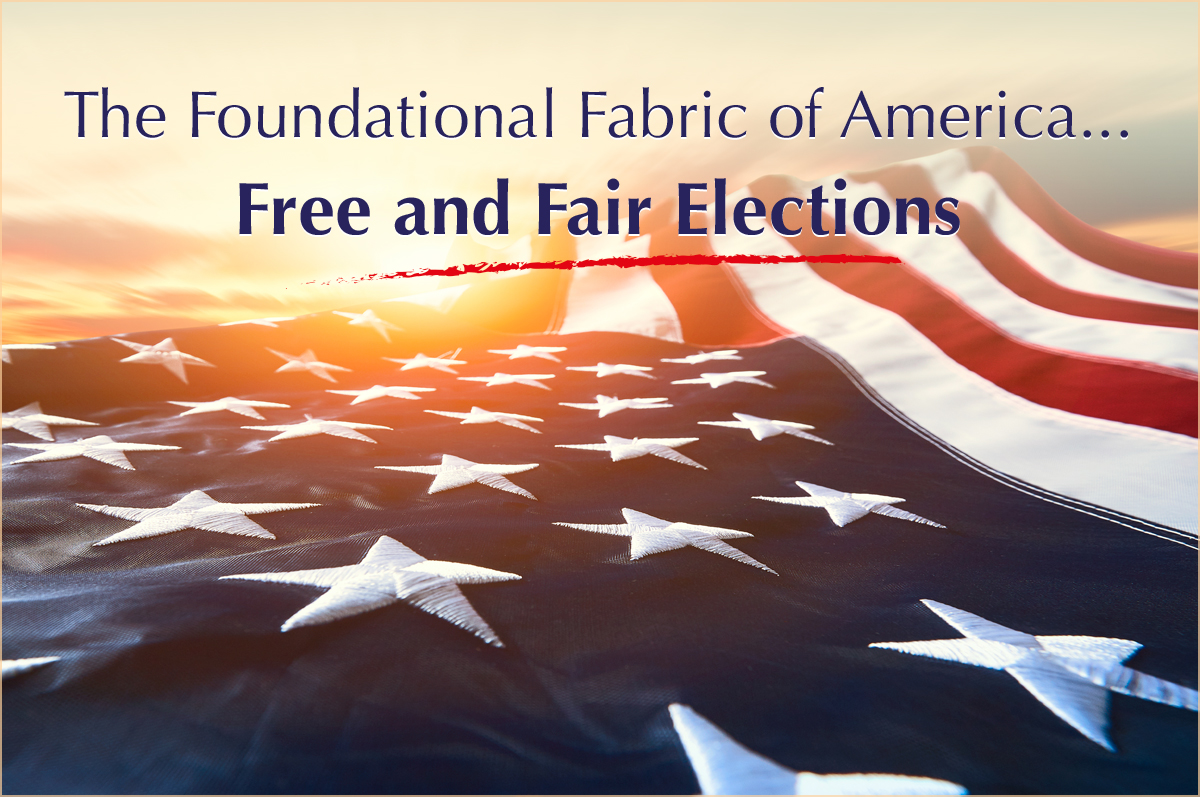 Woven into the foundational fabric of our nation and recognized by scholars as the core principle of our Constitutional Republic is the priceless right of qualified voters to participate in free and fair elections.

Respecting this framework, the Supreme Court of the United States has plainly explained, in no uncertain terms and so that there is no doubt about what they mean, that “No right is more precious in a free country than that of having a voice in the election of those who make the laws under which, as good citizens, we must live. Other rights, even the most basic, are illusory if the right to vote is undermined.”

The Supreme Court recognizes two distinct rights conferred upon citizens establishing the bedrock of free and fair election participation. First, “[the right to] associate for the advancement of political beliefs.” Second “the right of qualified voters, regardless of their political persuasion, to cast their votes effectively.” The Court has made clear in numerous decisions over the years that these two rights “rank among our most precious freedoms.”

The right to associate for the advancement of political beliefs, no matter the political persuasion, is secured by the First Amendment and therefore remarkably shielded from government infringement. In fact, exceptions that allow even the slightest government disturbance of such an exceptional fundamental right, vital to our nation’s future, are so rare the concept is best described by Supreme Court Justice Hugo Black sweeping statement from the bench, “No law [violating First Amendment rights] means no law.”

Also paramount to safeguarding free and fair election participation is, of course, ensuring that every qualified voter’s right to cast a vote effectively and meaningfully, is, at all times, absolutely intact and free from taint.

Articles I & II of the Constitution together with the Twelfth Amendment, as modified by the Twentieth Amendment, confer upon state legislatures authority to set forth state-specific rules governing federal elections and constitute applicable law establishing and detailing various procedures and mechanisms of the U.S. Electoral College process. The Electoral College process is the manner in which Americans elect a President and Vice President every four years. Specifically, the Twelfth Amendment, as modified by the Twentieth Amendment, lays out the voting procedures for all individuals, known as “electors” who are responsible to cast ballots on behalf of whichever political party won the state’s popular vote. In 2020, the Supreme Court handed down a decision that provides greater detail regarding responsibilities of electors under the Twelfth and Twentieth Amendments.

The heart of the matter was summed up flawlessly by Supreme Court Justice Thurgood Marshall in 1968 when he declared in a ruling, “Elections are of the most fundamental significance under our constitutional structure.”

There can be no debate as to the importance of having free, fair and transparent elections in America. In this week’s Reader’s Survey, we look for your thoughts and reflections on the topic. Please take our short survey and respond to a few questions. Thank you!

Each week, America’s Future receives insightful feedback and intriguing comments from our Reader’s Survey offered at the end of our featured articles. 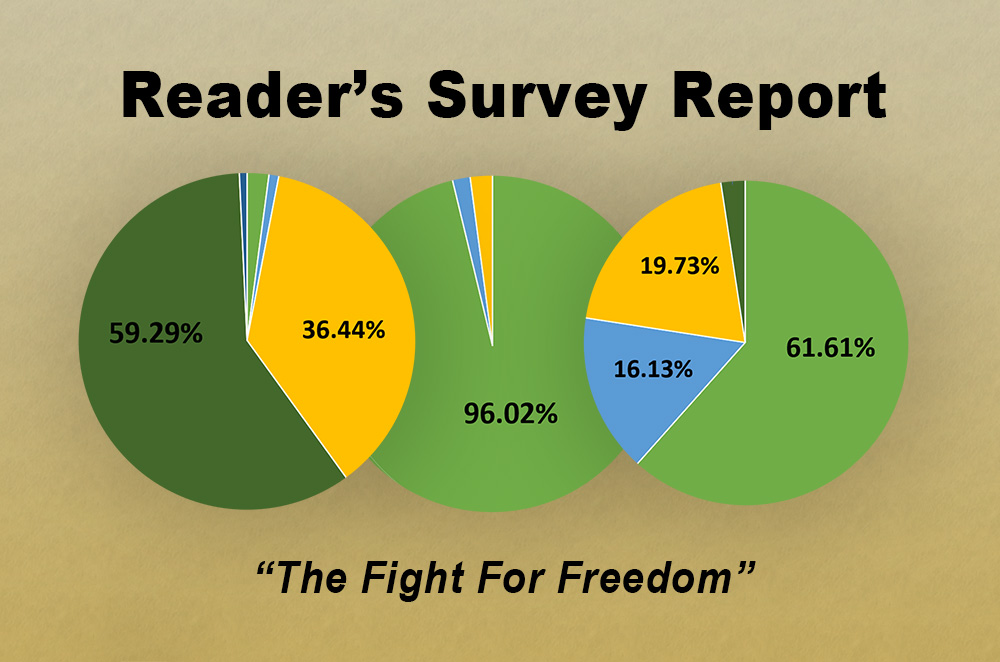 The April 7, 2022 edition of the newsletter was read by thousands of people and we received over 1,000 survey submissions corresponding to the article, “Give Me Liberty Or Give Me Death.” We are grateful to all of our readers and respondents to the survey, and have prepared an overview analysis that you can access here.

Please continue to respond to our surveys. We appreciate your time and thank you for helping us fulfill our mission of sharing information and helping to educate our fellow Americans about this great nation.

Commemorating the Start of the American Revolution —

American history is threaded with acts of defiance by courageous patriots’ fighting to protect individual rights and civil liberties and to foreclose government suppression of dissent. These acts and events have made our country the greatest nation on earth. One of the initial events leading up to the American Revolution was the Boston Tea Party on December 16, 1773, when 92,000 pounds of tea was dumped into Boston Harbor. “No taxation without representation” was the rallying cry of protesting colonists against British overlords who imposed a tax on the colonists but denied them a voice in the British parliament. For that reason and so many others, the War of Independence broke out on April 19, 1775, following fierce battles at Lexington and Concord in Massachusetts, memorialized years later in a poem by Ralph Waldo Emerson who coined the iconic phrase in reference to the start of the War as “…the shot heard around the world.”

With the commemorative date of the beginning of the American Revolution coming up next week, now is a good time for Americans to reflect on what our Founding Fathers gave us and the sacrifices made by all those generations of Americans who have fought to protect our liberties and individual rights.

Next week also includes “Tax Day” when many Americans will pay taxes to the government, giving it power and authority. Americans should feel assured that their hard-earned tax dollars are being spent properly, transparently and to benefit them. If not, liberty is jeopardized once again.

The next Champion For America edition of THE CHAMPION newsletter is in the works with a featured column on accountability by America’s Future champion community leader and our board chair, General Michael Flynn.

We’ll also announce the date and time of “A Champion Conversation” with General Flynn in the upcoming issue, scheduled for release next week. Join Champions For America and help carry the torch of freedom for the next generation. Every individual has the potential to contribute to the survival of this great nation. America’s Future champion community is one way to get involved and stay informed about the fight for freedom for you, your family and neighbors and for our country. Click the button below to learn more. Join today and receive a free copy of General Flynn’s “A Letter To America: The Time To Fight For Your Faith and Freedom Is Now.”