Faith In Truth – A Force Unto Itself Never To Be Denied 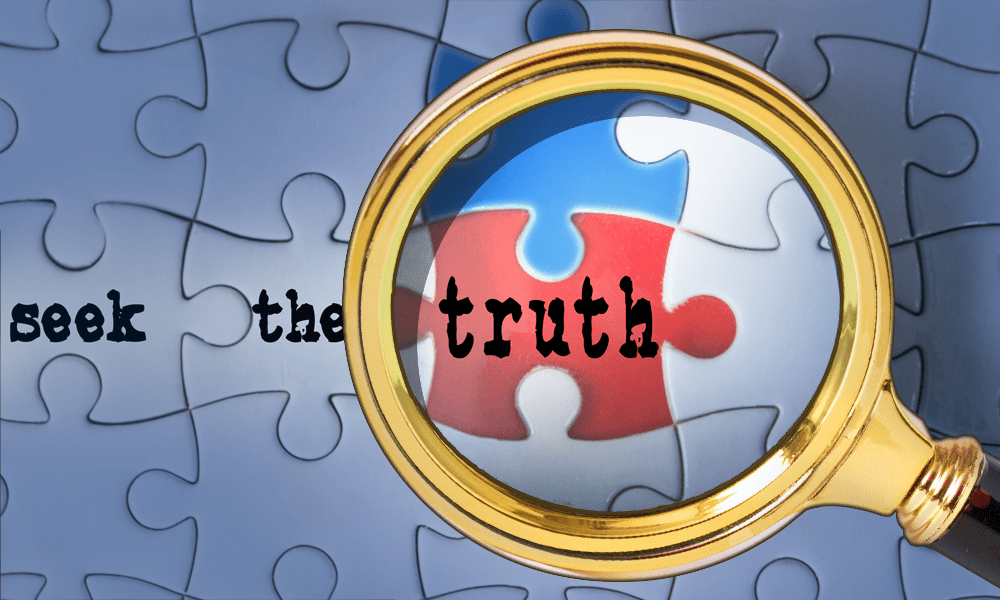 Faith is the bedrock of America’s founding. Our Founding Fathers were men of faith — faith in God, faith in each other, faith in their own potential, and faith in the future of the nation they were building. In the last few issues of our newsletter we have been exploring the various forms that faith takes. This week, we look at faith in the truth.

Truth is a force all to its own. In time, truth wills out. It’s the “getting to” the truth of any matter that can take enormous patience, perseverance and at times, pain. But seeking truth, we must.

When truth is hidden, silenced, concealed or disguised, our society is scarred. Of late, examples of tall tale story-telling, boldfaced lies, and fake news are overwhelming. Here we are talking about the serial falsehoods infiltrating public discourse by powerful individuals and institutions, especially government officials or agencies we depend on to be truthful so we are able to make informed decisions for ourselves and our families. Or falsehoods told by the media that we depend on for facts, not propaganda. After all, if those controlling the flow of information mislead and deceive, our individual rights as Americans are jeopardized, and the security and sovereignty of our country is at risk.

For the sake of clarification, the now-debunked “Russia Hoax,” which ensnarled General Michael Flynn, America’s Future Board Chair, with false accusations, was contrived for political purposes, costing taxpayers tens of millions of dollars and setting into motion one of the most divisive eras in our history. What kept General Flynn steady and strong was his faith in the truth. “If I’m strong enough, it will all come out fine in the end. At the end of the day, the truth will come out. It always does.”

When it seems like we’re encircled by lies, the truth is a fortress. But it is up to each of us to protect what is true by seeking it out and safeguarding it by standing up and speaking out.

The great 17th century philosopher, John Locke, who influenced America’s founders, helping shape the birth of our great nation expressed the construct of truth in this way, “To love truth for truth’s sake is the principal part of human perfection in this world, and the seed-plot of all other virtues.”

At America’s Future, we encourage you to put your faith in the truth. When in doubt of what is presented as truth, seek it out, persevere in the search. Be an example to your family, friends, and community and make telling the truth central to our American way of life.

Please take this week’s Reader’s Survey and share your thoughts and insights about the battle for truth and accountability before Americans in the age of information warfare. Thank you to the thousands of readers responding to our surveys, and watch America’s Mondays With Mary every Monday at 9 a.m. with America’s Future Executive Director, Mary O’Neill to hear some of the readers’ comments we receive. 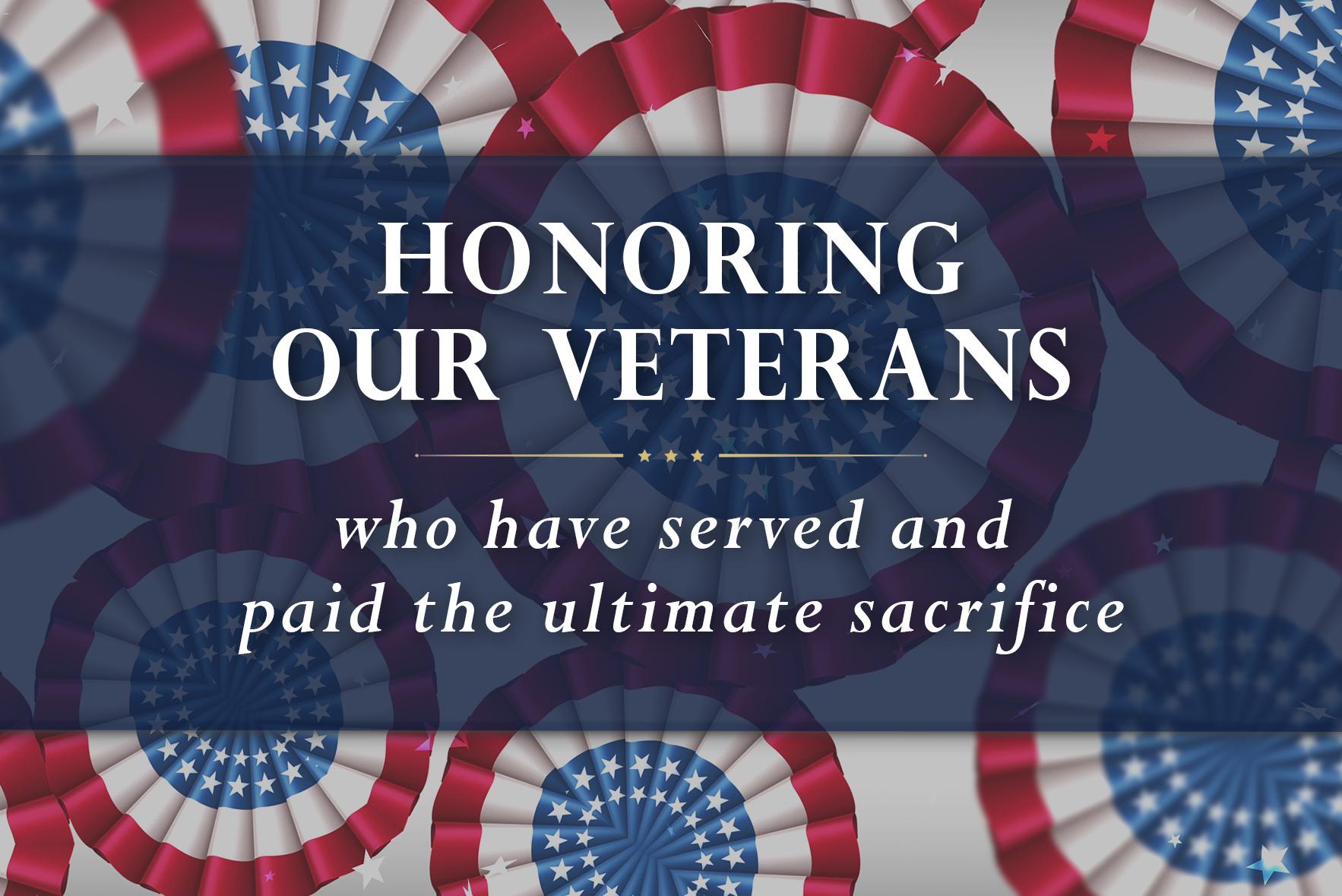 On Monday, America celebrates Memorial Day, an especially important holiday to us here at America’s Future. It commemorates the men and women in uniform who have given their lives to keep us free and ensure the future of our great nation.

Memorial Day was initially known as Decoration Day. In 1868, General John Logan, head of a fraternal organization of Union veterans of the Civil War known as the Grand Army of the Republic, called for a celebration of those who had died defending the Union. By the 20th century, the holiday came to commemorate the deaths of all those who had died while serving the United States.

The name “Memorial Day” was increasingly used instead of “Decoration Day,” and in 1967 federal law made the new name official. In 1968, Congress moved Memorial Day to the last Monday in May, which is the date we now celebrate.

We ask you to join America’s Future in commemorating the American heroes who laid down their lives for their country, and for all of us.

Over the past two weeks, we have introduced one of the most basic constitutional principles of our government – Separation of Powers. As a refresher, the Separation of Powers doctrine is comprised of the principles and policies that shape the concept of a limited federal government vested with powers intended to protect our territorial integrity and ensure our civil rights are preserved.
Last week’s Keeping You Informed column addressed the Legislative Branch. This week, we turn to the Executive branch of our government, defined under Article II of the U.S. Constitution. This branch was organized by our framers with a President positioned at the apex. The first 15 words of Article II states, “[t]he executive Power shall be vested in a President of the United States of America…”

The following sections of Article II provide unique aspects of the branch including duties, powers, removals, and eligibility requirements.
Significantly, the President of the United States is also known as the “leader of the free world.” This nomenclature is of utmost importance because America’s President, as the global leader, has consequences to the composure and balance among nation states.
Editor’s Note: This article is the second of a three-part series on the three branches of government and how our system of checks and balances is a fundamental doctrine of our Constitutional Republic system of government.

VOTE! Primary elections are happening across the country. Make sure you exercise your right to vote. Encourage your family members and friends to do the same.

NEW LOOK: America’s Future is bursting at the “online seams” with new news, fresh content, new programs and more. Don’t be surprised when you visit our website over the long holiday weekend and see our refreshed look.