America’s Motto - In God We Trust 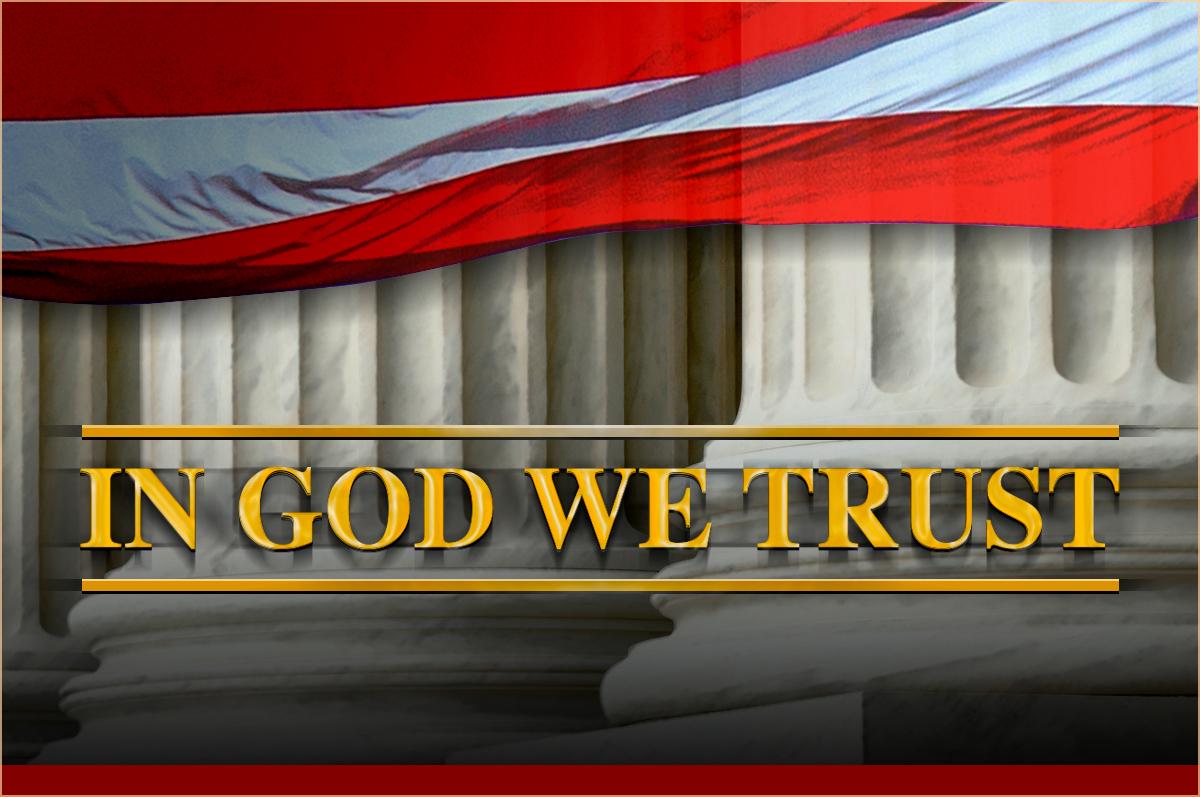 At America’s Future we take it to be an important part of our ongoing mission to educate our fellow citizens in the history of our great nation. Accordingly, in the last several months we have looked at our founding documents — the Constitution and Declaration of Independence — as well as well-known phrases, like “We the People.”

This week, we’re exploring the history of our country’s motto — “In God We Trust” — which replaced E pluribus unum (“from many one”) in 1956. But the story of “In God We Trust” dates back to nearly a century earlier when Americans went to war against each other.

The earliest recorded usage of the phrase is from January 1748, when a newspaper reported that the motto of Benjamin Franklin’s Pennsylvania militia was “In God we Trust.” Versions of it are also found in literary works of the early 19th century, like “Defence of Fort M’Henry,” which eventually became our national anthem. Most of us only know the first verse of the Star-Spangled Banner, but in the fourth and final verse you’ll find “In God is our trust.”

It was not until the Civil War that this phrase, later our national motto, gained wide usage. It started when a Pennsylvania pastor wrote the Treasury Department to add a statement recognizing “God in some form on our coins” in order to “relieve us from the ignominy of heathenism.” That is, the purpose was to show that the Almighty was on the side of the Union, not the Confederacy, which referenced God in its Constitution.

President Lincoln’s Treasury Secretary Salmon P. Chase took up the proposal and considered various phrases until he settled on “In God We Trust” in 1863. Scholars note that Secretary Chase might have been inspired by the Latin motto of his alma mater, Brown University, “In Deo speramus, “In God we hope.”

America’s Future would like to hear what you think about America’s motto in our Reader’s Survey. Please take a few minutes to respond to the survey questions and give us your thoughts. Thank you to all the readers taking the time to share their insights and comments with America’s Future.

THE ORIGINS OF NATO —

Awareness of key turning points in American history and world affairs are important so that we make informed decisions. One such point in time occurred 73 years ago on April 4, 1949 – the anniversary of the formation of the North Atlantic Treaty Alliance (NATO). On this day, NATO was officially set-up in response to a series of distinct but related geopolitical and territorial events occurring all over the world during the decade prior to the signing the Treaty. The world was in a state of unrest, giving rise to significant concerns for European countries and for the United States and other western nations. This state of worldwide unrest coupled with a looming threat of attack posed by the Soviet Union drove the institution’s formation to be designed to keep the flame of freedom burning in America and the rest of the Western world. To do so, NATO would function as an international military alliance to collectively secure and protect member nations against outside threats or attacks; and to defend militarily, as one unit, in the event any participant nation was attacked.

NATO’s twelve founding members are Belgium, Canada, Denmark, France, Iceland, Italy, Luxembourg, the Netherlands, Norway, Portugal, the United Kingdom, and the United States – the number of member states has burgeoned to thirty over the years. Deterrence of Soviet aggression and to prevent the “Red Army” from expanding communism were central objectives. To that end, American servicemen and women were sent far from home and stationed throughout Europe, especially in West Germany, to keep Moscow at bay.

Europe and the free world as a whole owe those troops and our clear-thinking US statesmen thanks. For the fact that there was no ground war in Europe during the Cold War pitting Communist forces against the Western democracies is evidence that NATO accomplished its mission. And yet with the fall of the Berlin Wall in 1989, the mission drifted.

Over the past few months, the NATO alliance has found its way back into the spotlight. The government of Ukraine has sought NATO membership for years and Western powers led by Washington have encouraged Kyiv’s ambitions. Accordingly, Russian president Vladimir Putin contends that his invasion of Ukraine is a defensive maneuver, insofar as he rejects NATO’s potential encroachment on Russian borders.

Putting aside the Russian dictator’s claims, it is useful in the current moment for Americans to ask themselves whether NATO has outlived its purpose and, if not, should America require member nations to renegotiate the terms and language of the treaty to ensure its usefulness and fairness going forward. Keeping in mind that Americans pay for the bulk of NATO and supply an overwhelming number of troops, it makes sense to evaluate whether our hard-earned money might be better spent on the home front or divvied up in a manner that serves our interests in NATO, while at the same time ensures our own defense is never impaired or wanting.

America’s Future is interested in your insights about NATO, and welcomes your responses to a brief survey. Please click the button below to share your thoughts.

America’s Future learned on March 28, 2022, that the Supreme Court of the United States refused to hear the case, Heltzel v Youngkin, No. 21-1084 (2022), for which our organization had filed an Amicus brief in support of the petitioner’s argument against the destruction of a historic Virginia statue of General Robert E. Lee following a decision made solely by the state’s former governor, Ralph Northam, in the summer of 2020, to remove the monument. 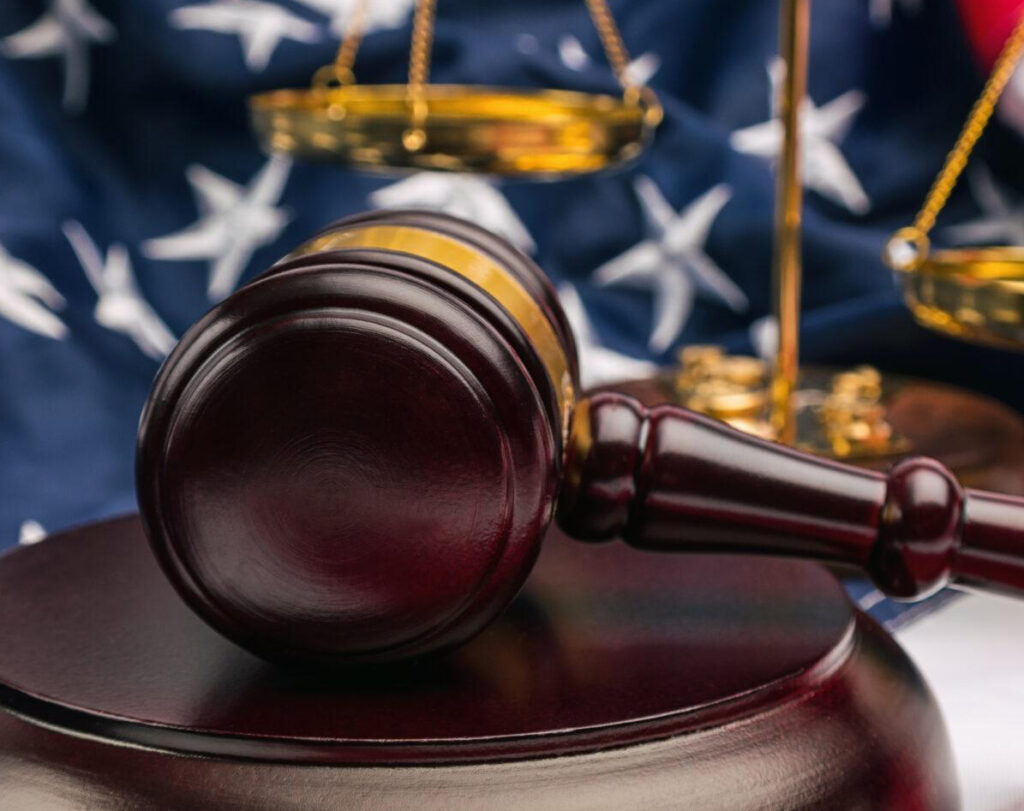 At the time, he decided unilaterally and capriciously to reject restrictive language in a land deed requiring the land be used solely to display the Lee Monument for all time. Aside from offending the Contracts Clause of the Constitution by this former governor, our Amicus brief also focused on how this case illustrates the tremendous damage an environment of “cancel culture” is for our country, its history, traditions, and values. Whether or not the Lee Monument fosters negative, positive, or neutral feelings for an individual, the legal issues raised in this case, particularly under the Contract Clause of the Constitution, should have prevailed and the Court should not have denied the petition to hear the case. (Read our press release to learn more about the issues and Amicus brief.)

America’s Future is committed to protecting the individual rights of all citizens and preserving our Constitutional Republic. We will continue to keep readers up-to-date on our advocacy efforts, Amicus filings and outcomes.

Next Monday morning, America’s Future Executive Director, Mary O’Neill launches a new live stream show called, “America’s Mondays With Mary.” The broadcast is another opportunity for patriots to get connected with America’s Future, and will feature an assortment of topics like sharing reader responses to our popular newsletter surveys, our Champions For America news and announcements, and other upcoming events, activities, updates and more! The show is recorded live on America’s Future CloutHub channel and we’ll share the link across our social media platforms to keep everyone informed. Join Mary on Monday mornings between 9 a.m. and 10 a.m., and become a part of our Champion For America community. Click below to learn more. 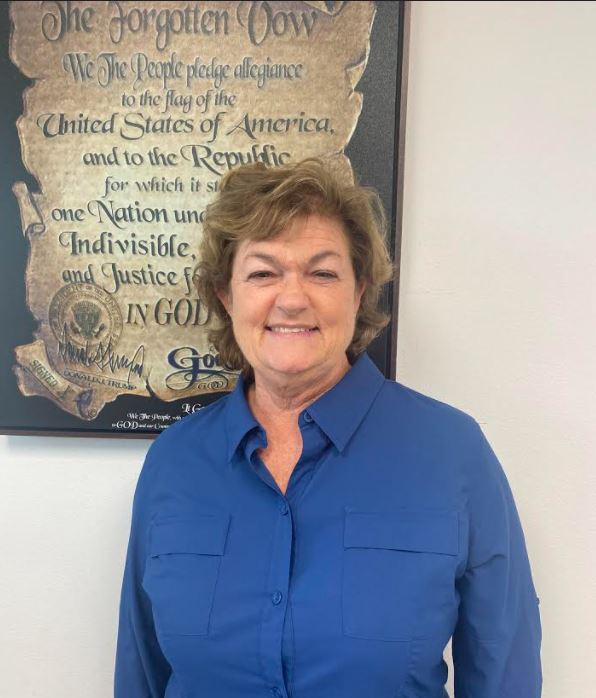