Florida – May 6, 2022 – America’s Future, Inc., a national leader in the fight to preserve individual rights, promote American values and traditions, and protect the nation’s Constitutional Republic, announced that it submitted an Amicus Brief to the United States Court of Appeals for the Ninth Circuit on May 2, 2022, in connection with a case regarding the Second Amendment of the U.S. Constitution – the right to bear arms. The filing was submitted by America’s Future and 10 other amici organizations supporting the position of the Appellees – the original Plaintiffs – in the case Todd Yukutake and David Kikukawa v. Holly Shikada, in her official capacity as the Attorney General of the State of Hawai’i, et al., No. 21-16756 (2022).

In the brief, America’s Future asks the Ninth Circuit Court of Appeals to affirm the summary judgement granted in favor of the Plaintiffs at the District Court level by Chief U.S. District Judge for the District of Hawaii, Judge Michael Seabright, on August 16, 2021, declaring that Hawaii Revised Statutes (HRS) § 134-2(e) and HRS § 134-3(c), in relevant parts, were unconstitutional and in violation of the Second Amendment.

“America’s Future is committed to ensuring that our rights as citizens shall never be infringed,” said Mary O’Neill, Executive Director of America’s Future. “We must never forget and never lose sight of how the creation of our nation came to be Constitutional Republic. Our organization believes that the Ninth Circuit must affirm Chief Judge Seabright’s decision protecting the Second Amendment.” 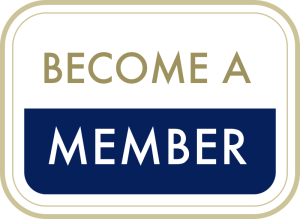 If you are a member of the media and would like to speak with American’s Future, contact us.