On Thursday, June 2, 2022, America’s Future along with seven other amici organizations, submitted an Amicus Brief to the Supreme Court of the United States in support of Petitioner 303 Creative LLC in connection with 303 Creative LLC v. Elenis (Dkt. No. 21-476). This case came to the SCOTUS via the Tenth Circuit Court of Appeals. On February 22, 2022, the SCOTUS granted Certiorari in favor of the Petitioner, which means our highest court in the land agreed to hear and decide the case on the merits.

Of significant consequence, Ms. Smith is Christian. According to her SCOTUS Appellate Brief, her “religious beliefs—along with those of other Abrahamic faiths— teach that marriage is only between one man and one woman. For Smith, the marital relationship mirrors Christ’s relationship to the Church and fulfills the complementary nature of God’s first institution. Smith believes that her creative abilities are a gift that must be used in ways that glorify and honor God.”

Consistent with her beliefs, she accepts potential customers as clients based upon “what the message is, not who is requesting it.” To that end, she has created websites for people regardless of whether or not they enjoy protected status under the law based upon disability, race, creed, color, sex, sexual orientation, marital status, national origin, or ancestry sexual orientation. At some point, she expanded her business to include creation of wedding websites for traditional marriages between a man and a woman. Because any other type of marital union, including same sex marriages, contravenes her sincerely-held religious beliefs, she published a statement on her business website explaining why she cannot create wedding website for non-traditional couples, “Doing that would compromise my Christian witness and tell a story about marriage that contradicts God’s true story of marriage – the very story He is calling me to promote.”

At issue in this case is the “Publication Clause” of Colorado’s Anti-Discrimination Act (“CADA”). As described in Ms. Smith’s SCOTUS filing, CADA’s Publication Clause “makes it unlawful to publish any communication ‘that indicates that … services’ will be declined ‘or that an individual’s patronage or presence…is unwelcome, objectionable, unacceptable, or undesirable because of someone’s ‘disability, race, creed, color, sex, sexual orientation, marital status, national origin, or ancestry.’”

Familiar and concerned with CADA investigations and CADA lawsuits that go on for years and years, including the well-known Supreme Court 2018 case concerning the Colorado wedding cake maker, Jack Phillips, who, while prevailing at the SCOTUS under the Free Exercise Clause of the First Amendment, continues to be entangled in various state and federal litigation for over decade, Ms. Smith filed her lawsuit and moved for injunctive relief to prohibit Colorado from restricting her speech and/or compelling her to speak in a manner inconsistent with her sincerely-held beliefs. Lower courts in Colorado ruled CADA’s Publication Clause is triggered by content published on the internet by Ms. Smith and therefor litigation ensued. This case has been ongoing for more than six years.

Eventually, the Tenth Circuit Court of Appeals published a split decision ruling against Ms. Smith, finding Colorado had a compelling state interest to ensure public access to Ms. Smith’s unique products and services. The well-reasoned dissent coming out of the Tenth Circuit and authored by Judge Tymkovich explained that “ensuring access to a particular person’s unique, artistic product…is not a compelling state interest.” Further, Judge Tymkovich went on to make clear “there are reasonable, practicable alternatives Colorado could implement to ensure market access while better protecting speech…[t]aken to its logical end,” Judge Tymkovich concluded, “the government could regulate the messages communicated by all artists.” By all accounts, the dissent was shocked by the majority analysis stating the majority opinion was “remarkable,” “novel,” “staggering” and “unprecedented.” He even confirmed in his dissent that “[n]o case has ever gone so far.”

Central to this litigation are the Free Speech and Free Exercise Clauses of the First Amendment. With respect to Free Speech, the issue hinges on whether CADA violates Ms. Smith’s fundamental right to speak freely and, at the same time, stay silent. In other words, if a person or business must engage the public in some manner, like advertisements or websites, to drum up customers, is it constitutionally permissive for a state (in this case, Colorado) to require the speaker only be allowed to use words, phrases and other types of speech that the state deems acceptable and satisfactory?
The actual question accepted by the SCOTUS for adjudication in this case is, “[w]hether applying a public-accommodation law to compel an artist to speak or stay silent violates the free speech clause of the First Amendment.”

The framework of this case places the Free Speech and Free Exercise of Religion Clauses of the First Amendment on a collision course whereby both fundamental rights are equally at stake. Although the SCOTUS has declined to include the Free Exercise Clause as a component of the question accepted for adjudication, it is impractical to think the resolution of this case can somehow evade the issue of religion. Even most of the 60+ Amicus Brief filers recognize that the heart of the case arises out of the intersection between speech and religion. It would behoove the SCOTUS to resolve these issues with dispatch, but as they have been presented by Petitioner Smith – by all accounts, the issues have been appropriately tethered together.

Turning to our Amicus brief, we have urged the SCOTUS to reconsider the issues before it and render a decision taking into account the Free Exercise Clause as an important component ripe for review. Our position arises out of concern that “if the case is decided only by resolving the narrow Free Speech issue, even a victory will provide protection only to a small category of persons designated as “artists,” while all other businesses must yield to participate in such ceremonies or risk destruction.” To clarify, “[w]hile Christian website, floral, photographic, and cake artists may be granted a special exemption from state coercion into supporting same-sex weddings, that would leave wholly unprotected all other types of businesses with sincere religious objections, such as those which rent the facilities, rent the tables and china, print the wedding invitations, plan the weddings, arrange travel, set up the tables, and even those who rent the port-a-potties.”

Our Amicus brief respectfully urges the SCOTUS to “order re-briefing to address the threshold, jurisdictional limits on government recognized in and protected by the Free Exercise Clause.” 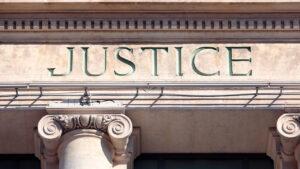 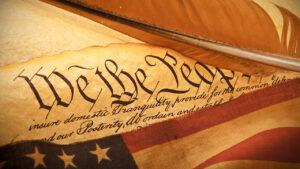 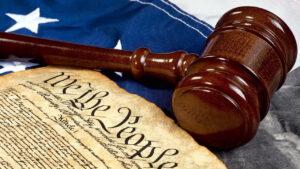 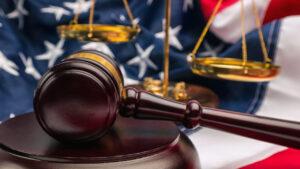